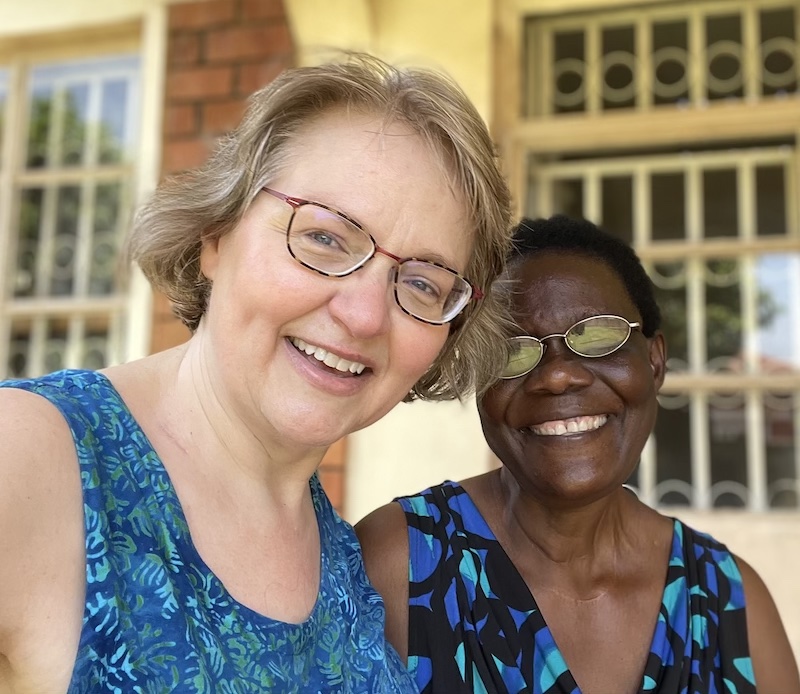 My name is Lois Tverberg and I’ve known Rev. Dr. Milly Erema for a couple decades now. I write about the Bible in its cultural context and Milly is a top-notch Bible scholar. I first met her in 2003 and brought her on a trip to Israel in 2005, so we are friends from way back.

It has only been recently that I learned what Milly has been doing beside teaching as an Old Testament professor at Uganda Christian University. It’s been to run Kingsway Christian High School, largely without help from outside donors.

Kingsway’s goal has always been to be sustainable and not dependent on donations for viability, because tuition from paying students should provide for non-paying students. In actuality, the school has often admitted far more orphans and needy youth than it should to be profitable, and runs a deficit which Milly and her family pay out of their own meager salaries. (Milly makes less than $4000/year.)

Why do they keep taking students who can’t pay? Because Milly knows that every child she refuses will have little other chance of escaping utter poverty. Every child she admits may become a community leader who will help rebuild their devastated country. As it is, she has a list of applicants as long as her arm that she must turn away and it breaks her heart.

Recently, Kingsway’s need has become especially acute because the two-year Covid shutdown in Uganda impoverished many families, so few can pay tuition to attend right now. On top of that, Kingsway needs to build a dorm before the end of the year, which is utterly beyond their means.

So I have been praying with Milly for a way to help them get the word out, and creating this website has been one goal.

Another goal is to allow others to become involved in funding this project, so I did a bunch of research and then set up a way for Kingsway to take tax-deductible donations, if you are willing to help this very worthy ministry.

July 2022 – Please pray for rain! Eastern Africa is experiencing its worst drought in 40 years. Uganda is on the edge of the drought and the price of food is very high. Crops and animals are dying.

At the same time, Kingsway’s partially built dorm has brick walls that that need plastering before they can withstand rain. The drought, ironically, has been preserving the structure. Please pray for funds to plaster the building before the rains return!